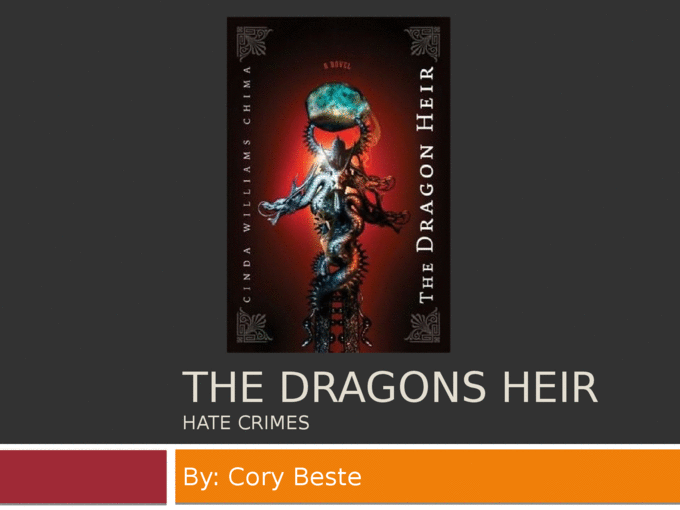 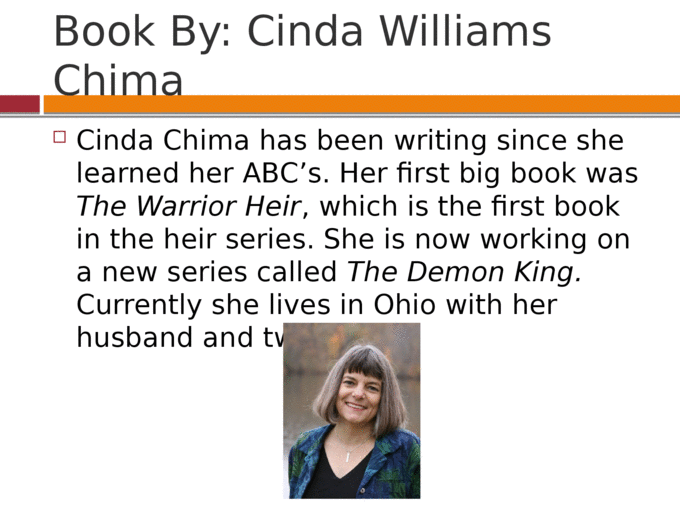 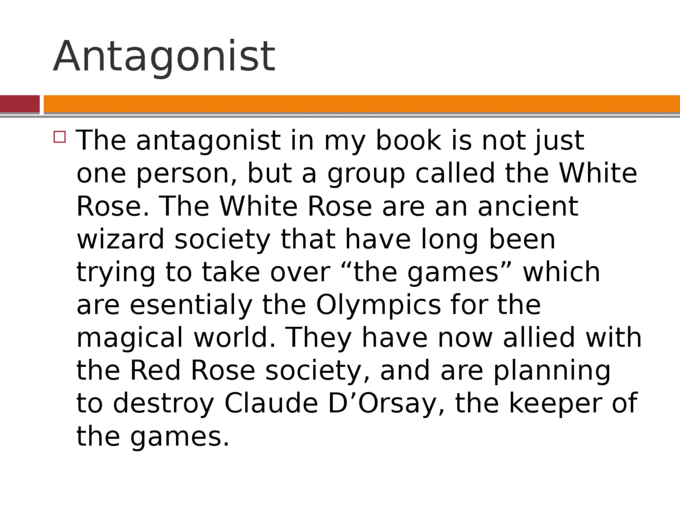 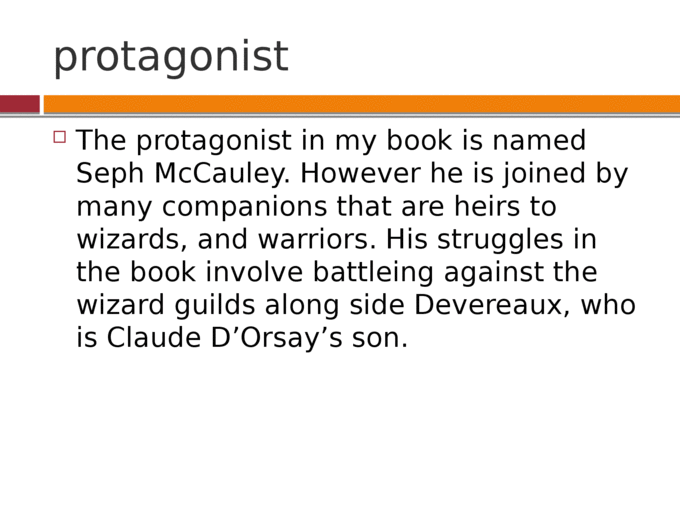 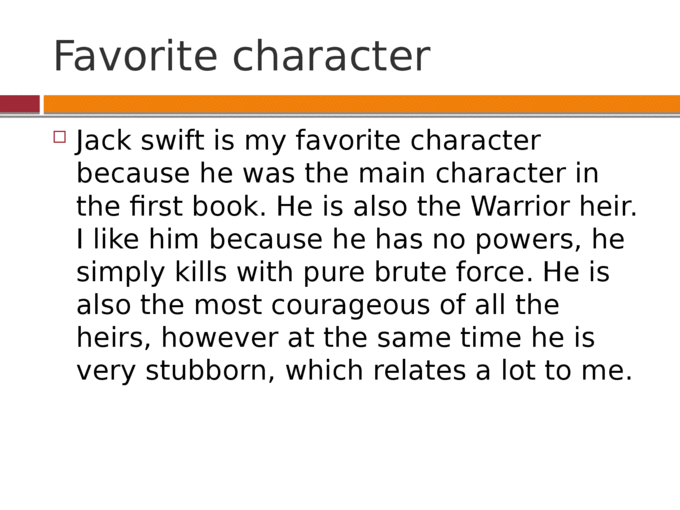 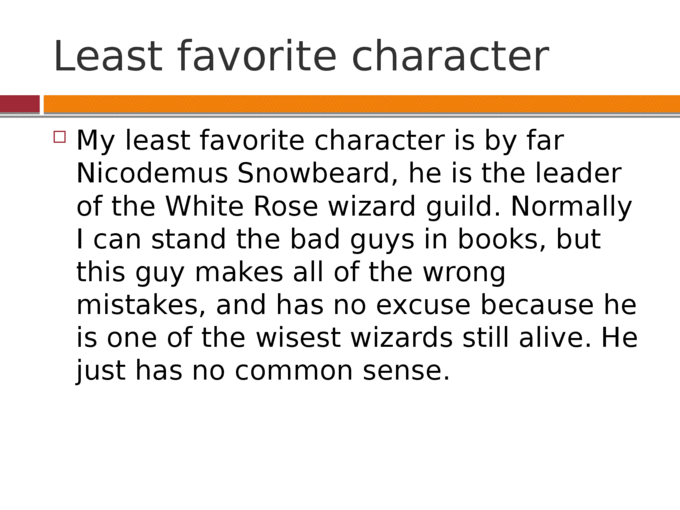 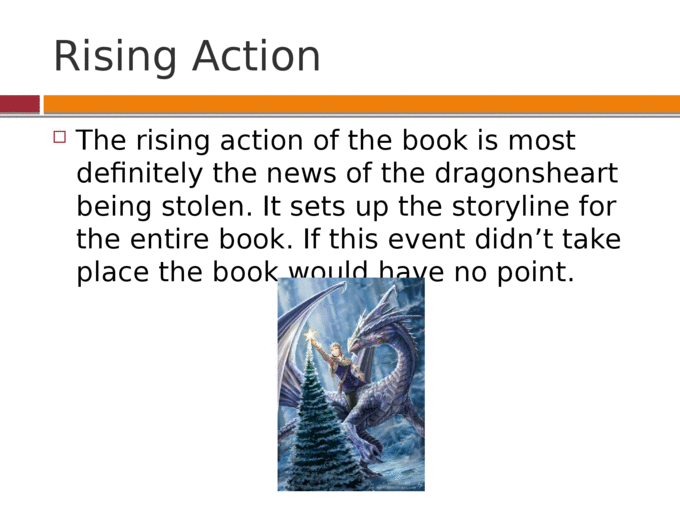 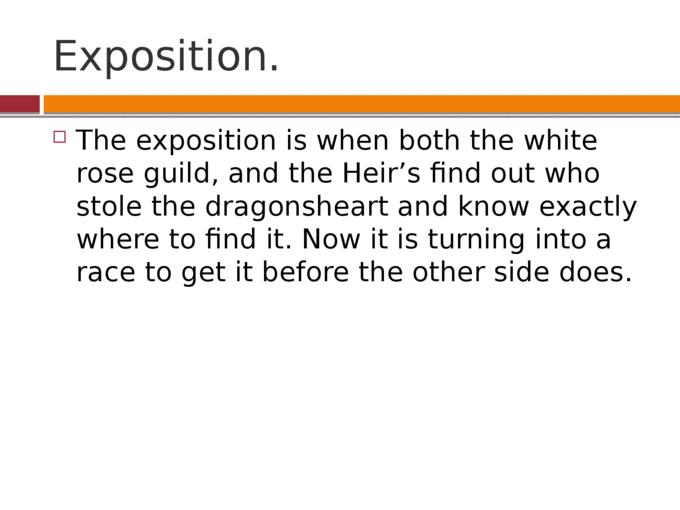 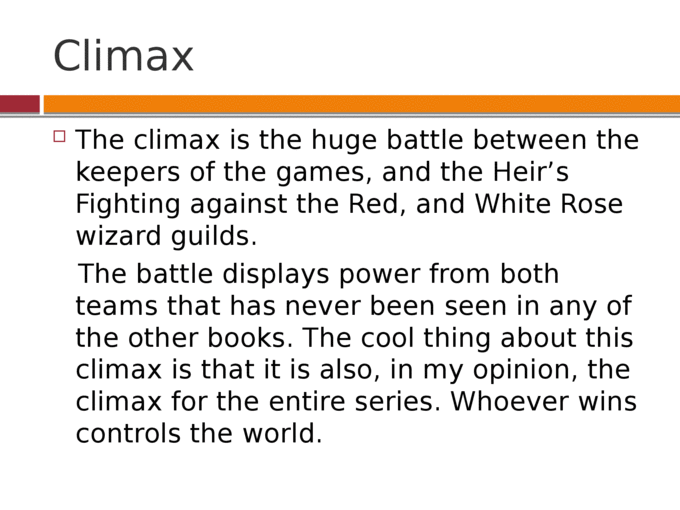 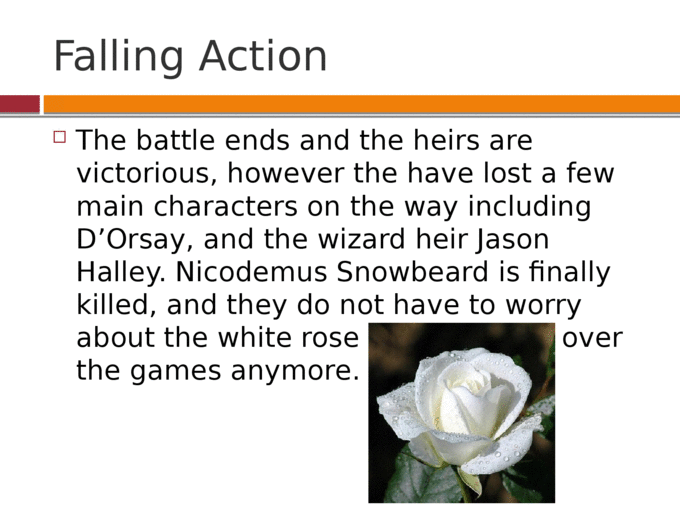 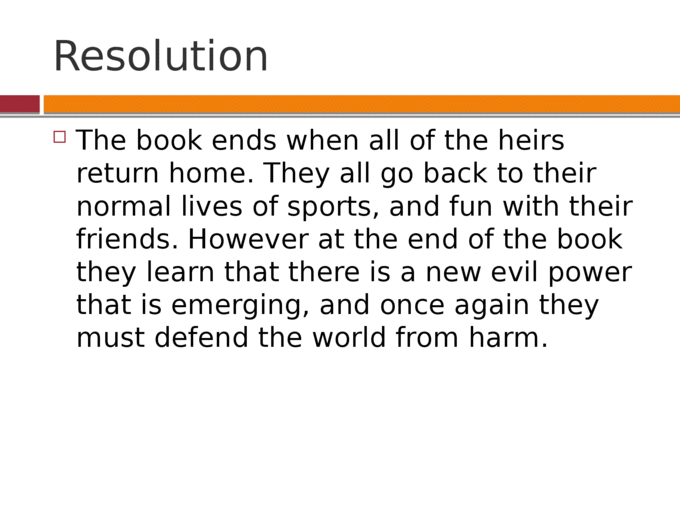 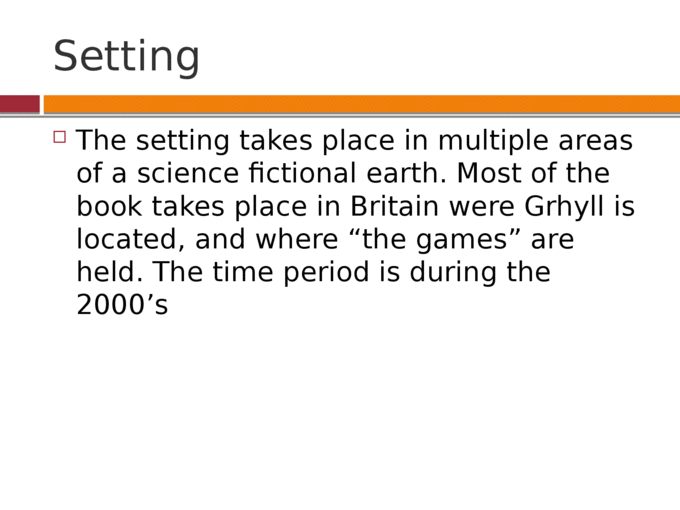 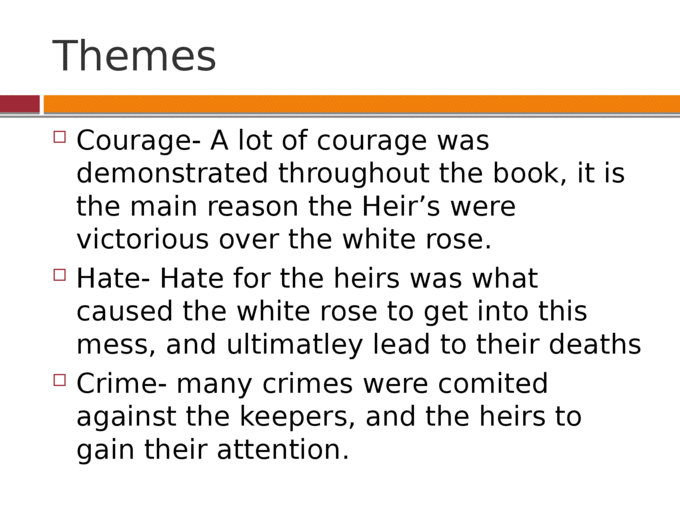 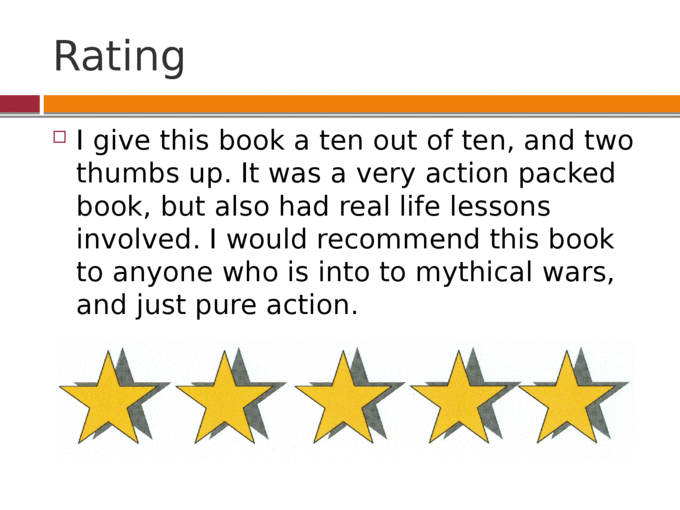 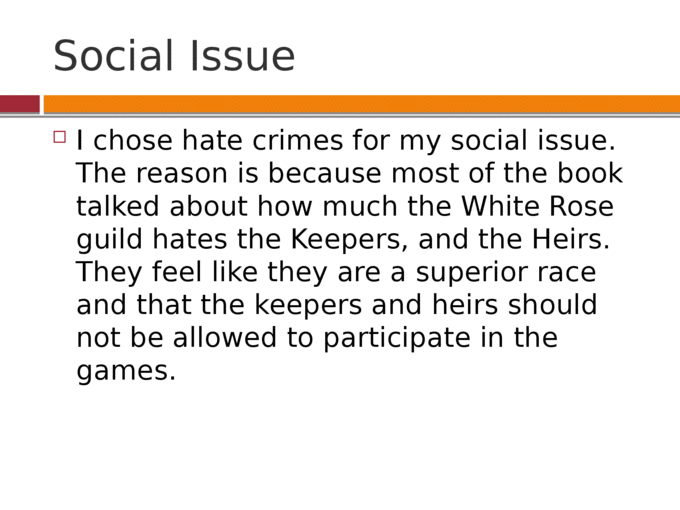 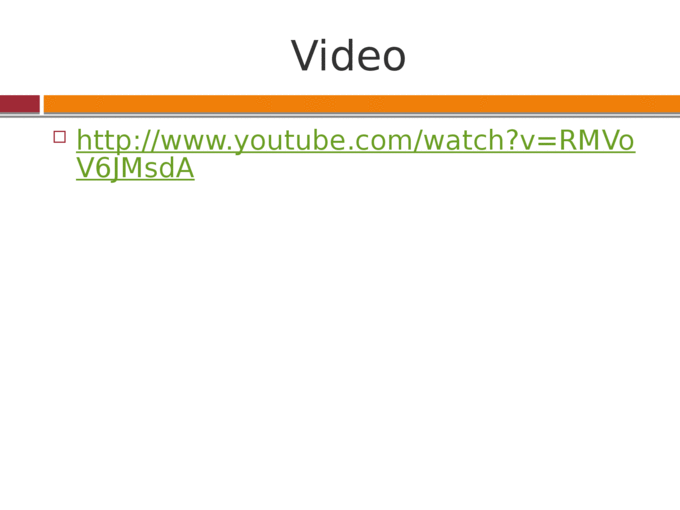 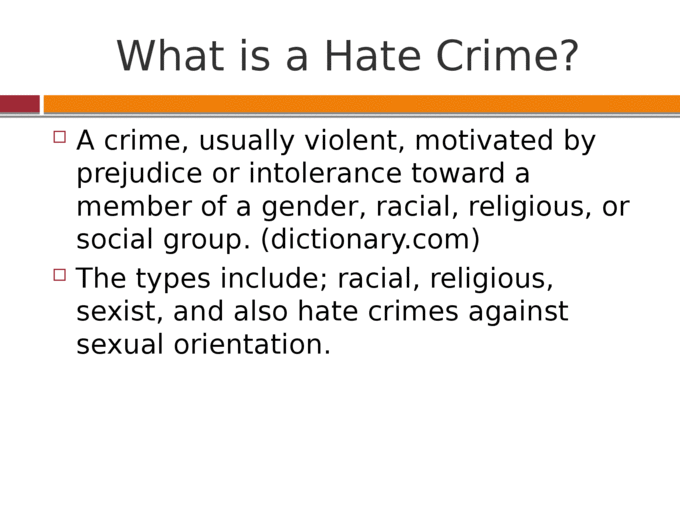 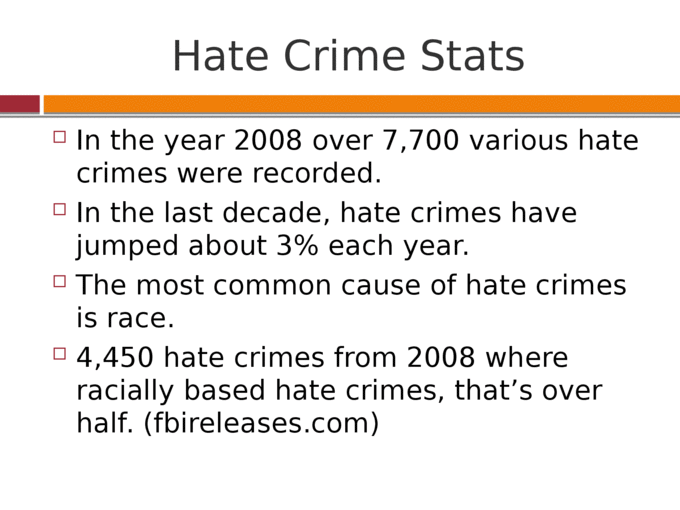 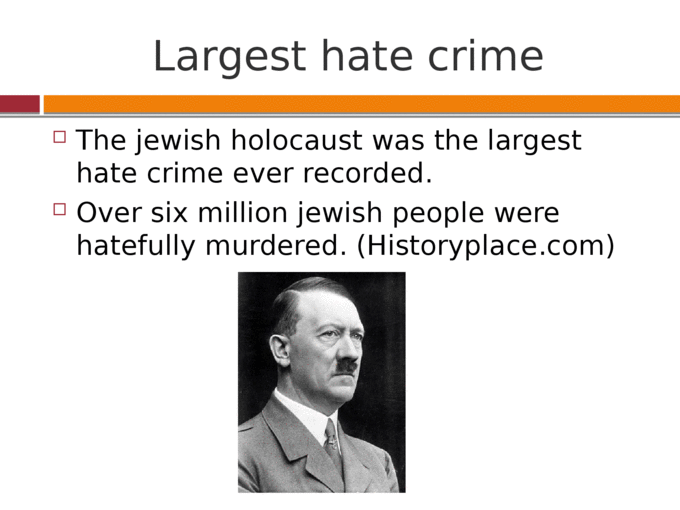 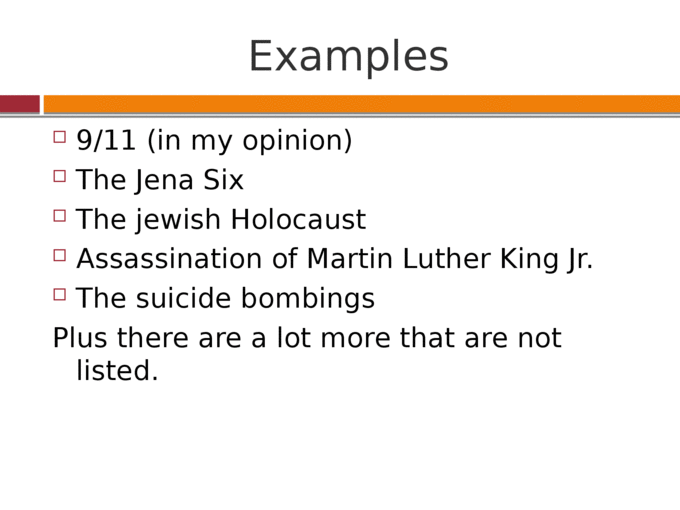 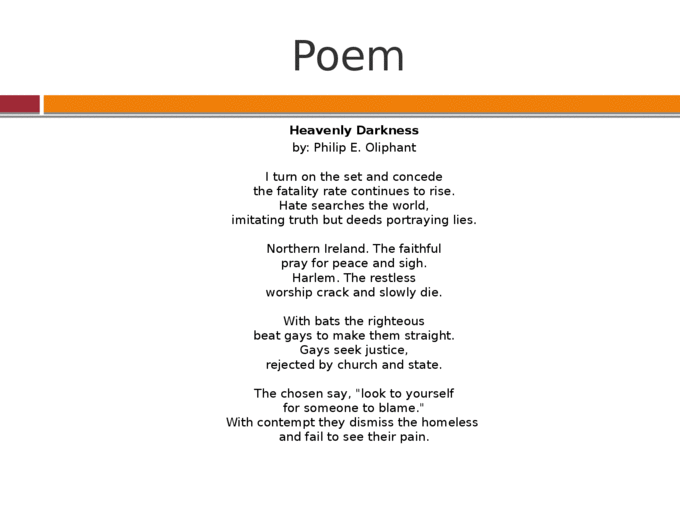 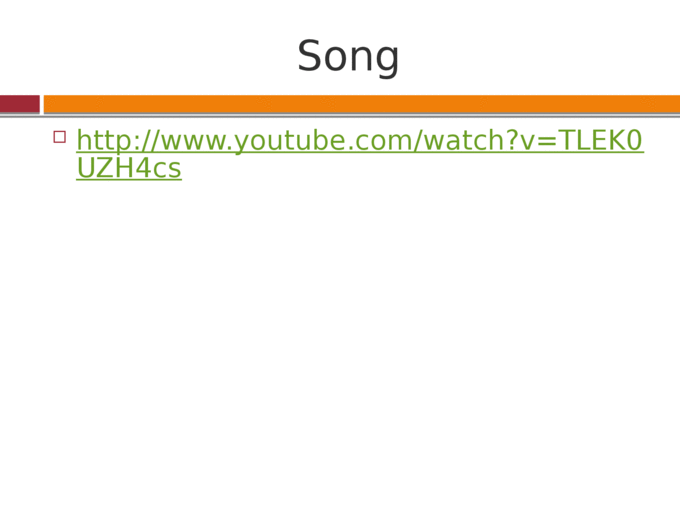 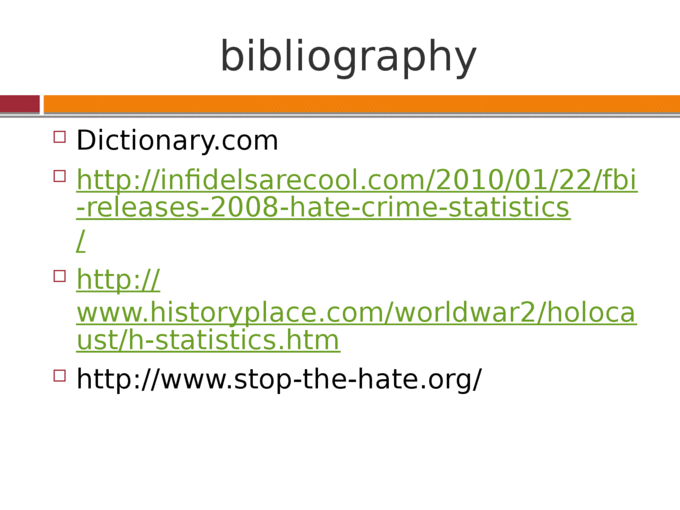 Book By: Cinda Williams ChimaCinda Chima has been writing since she learned her ABCs. Her first big book was The Warrior Heir, which is the first book in the heir series. She is now working on a new series called The Demon King. Currently she lives in Ohio with her husband and two sons.

AntagonistThe antagonist in my book is not just one person, but a group called the White Rose. The White Rose are an ancient wizard society that have long been trying to take over the games which are esentialy the Olympics for the magical world. They have now allied with the Red Rose society, and are planning to destroy Claude DOrsay, the keeper of the games.protagonistThe protagonist in my book is named Seph McCauley. However he is joined by many companions that are heirs to wizards, and warriors. His struggles in the book involve battleing against the wizard guilds along side Devereaux, who is Claude DOrsays son.Favorite characterJack swift is my favorite character because he was the main character in the first book. He is also the Warrior heir. I like him because he has no powers, he simply kills with pure brute force. He is also the most courageous of all the heirs, however at the same time he is very stubborn, which relates a lot to me.Least favorite characterMy least favorite character is by far Nicodemus Snowbeard, he is the leader of the White Rose wizard guild. Normally I can stand the bad guys in books, but this guy makes all of the wrong mistakes, and has no excuse because he is one of the wisest wizards still alive. He just has no common sense.Rising ActionThe rising action of the book is most definitely the news of the dragonsheart being stolen. It sets up the storyline for the entire book. If this event didnt take place the book would have no point.

Exposition.The exposition is when both the white rose guild, and the Heirs find out who stole the dragonsheart and know exactly where to find it. Now it is turning into a race to get it before the other side does.ClimaxThe climax is the huge battle between the keepers of the games, and the Heirs Fighting against the Red, and White Rose wizard guilds. The battle displays power from both teams that has never been seen in any of the other books. The cool thing about this climax is that it is also, in my opinion, the climax for the entire series. Whoever wins controls the world. Falling ActionThe battle ends and the heirs are victorious, however the have lost a few main characters on the way including DOrsay, and the wizard heir Jason Halley. Nicodemus Snowbeard is finally killed, and they do not have to worry about the white rose trying to take over the games anymore.

ResolutionThe book ends when all of the heirs return home. They all go back to their normal lives of sports, and fun with their friends. However at the end of the book they learn that there is a new evil power that is emerging, and once again they must defend the world from harm.SettingThe setting takes place in multiple areas of a science fictional earth. Most of the book takes place in Britain were Grhyll is located, and where the games are held. The time period is during the 2000sThemesCourage- A lot of courage was demonstrated throughout the book, it is the main reason the Heirs were victorious over the white rose.Hate- Hate for the heirs was what caused the white rose to get into this mess, and ultimatley lead to their deathsCrime- many crimes were comited against the keepers, and the heirs to gain their attention.RatingI give this book a ten out of ten, and two thumbs up. It was a very action packed book, but also had real life lessons involved. I would recommend this book to anyone who is into to mythical wars, and just pure action.

Social IssueI chose hate crimes for my social issue. The reason is because most of the book talked about how much the White Rose guild hates the Keepers, and the Heirs. They feel like they are a superior race and that the keepers and heirs should not be allowed to participate in the games.Videohttp://www.youtube.com/watch?v=RMVoV6JMsdAWhat is a Hate Crime?A crime, usually violent, motivated by prejudice or intolerance toward a member of a gender, racial, religious, or social group. (dictionary.com)The types include; racial, religious, sexist, and also hate crimes against sexual orientation. Hate Crime StatsIn the year 2008 over 7,700 various hate crimes were recorded. In the last decade, hate crimes have jumped about 3% each year.The most common cause of hate crimes is race.4,450 hate crimes from 2008 where racially based hate crimes, thats over half. (fbireleases.com)Largest hate crimeThe jewish holocaust was the largest hate crime ever recorded. Over six million jewish people were hatefully murdered. (Historyplace.com)

Examples9/11 (in my opinion)The Jena SixThe jewish HolocaustAssassination of Martin Luther King Jr.The suicide bombingsPlus there are a lot more that are not listed.

I turn on the set and concedethe fatality rate continues to rise.Hate searches the world,imitating truth but deeds portraying lies.

With bats the righteousbeat gays to make them straight.Gays seek justice,rejected by church and state.

The chosen say, "look to yourselffor someone to blame."With contempt they dismiss the homeless and fail to see their pain.Songhttp://www.youtube.com/watch?v=TLEK0UZH4csbibliographyDictionary.comhttp://infidelsarecool.com/2010/01/22/fbi-releases-2008-hate-crime-statistics/http://www.historyplace.com/worldwar2/holocaust/h-statistics.htmhttp://www.stop-the-hate.org/

The Hate That Hate Produced